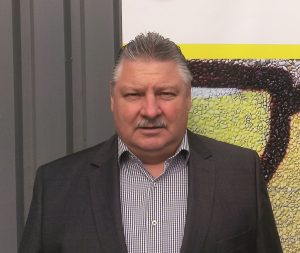 Benny Jensen from DCA member Dantonit A/S has represented the association in Scandinavia since the end of January 2022. He started his professional career as a site manager at Superfos A/S. Subsequently, he founded and managed branch offices for various companies, such as Rask GmbH in Berlin in 1991 for Superfos A/S, Pankas A/S and Colas DK, where he worked as site manager/branch manager for five years. This was followed by the founding and management of the company MicroFalt for the former company StraSa AG and Börner AG (Bad Hersfeld), and then establishing the distribution of synthetic ester oils for the concrete industry (formwork oils) in the German-speaking part of Europe for the company Castrol Bricks & Cement (subsidiary of the company BP). Afterwards he started his own business with anti-graffiti products (removers and protection systems) of an Australian company and took over the distribution in Europe in the German-speaking and Scandinavian area, until he finally took over the complete product range with a partner in 2016, which he now produces himself and distributes worldwide under his own label.

Since 2000, he has continued to expand the distribution of the DANTONIT A/S product range. Dantonit A/S owns a large bentonite deposit in Denmark, mines and produces various products itself, including sealing products for landfill construction (base and top membranes), well construction, thermal products for geothermal energy and for heat dissipation from high-voltage cables, laid in protective pipes (HDD process).