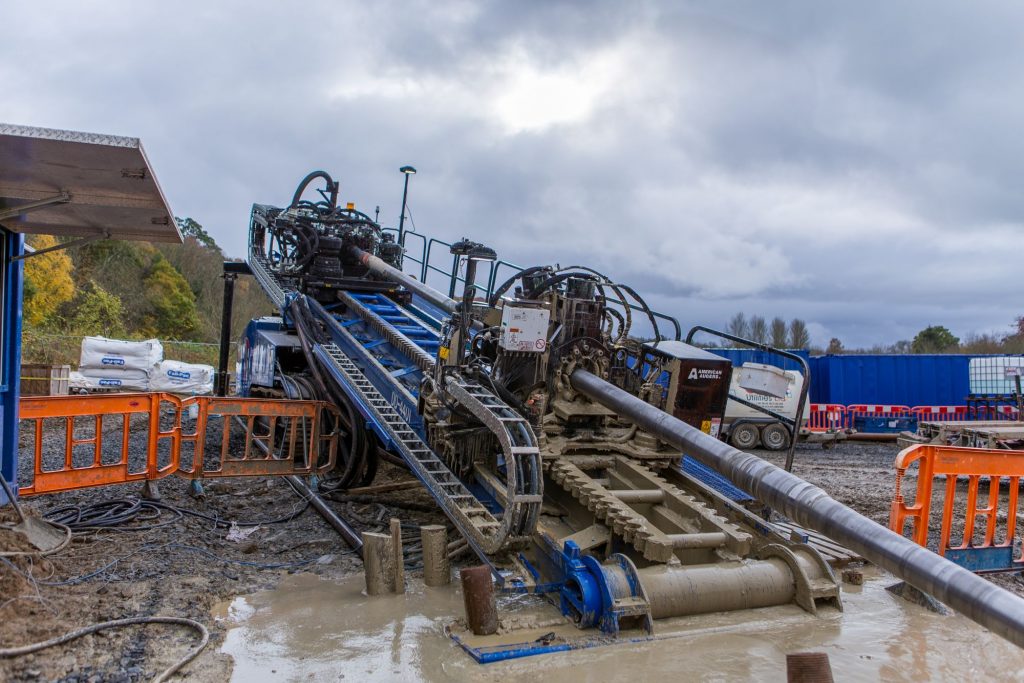 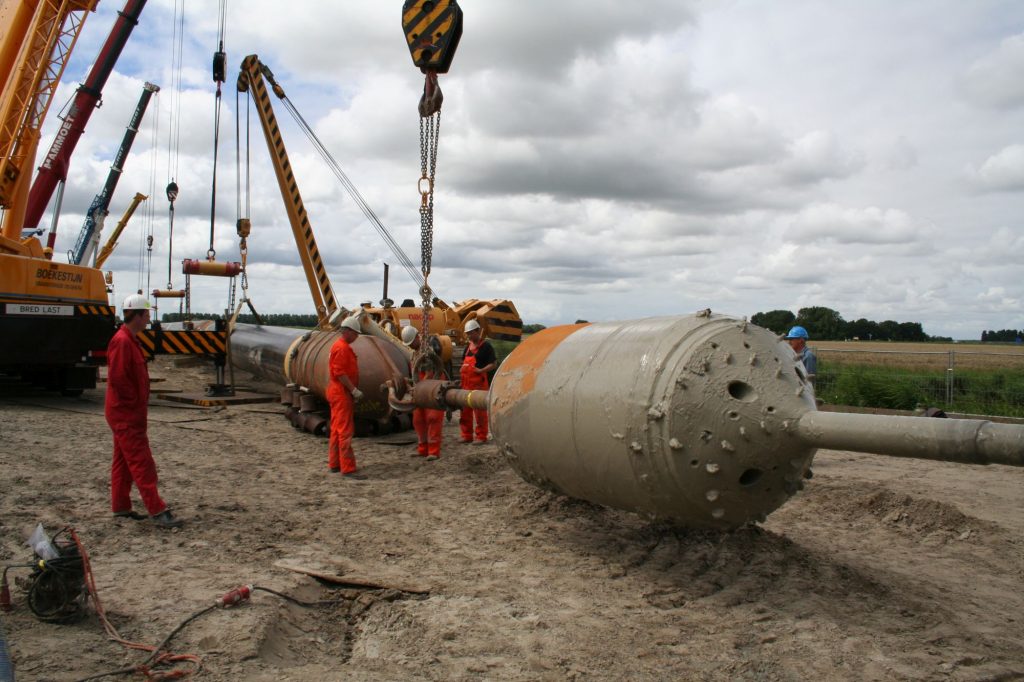 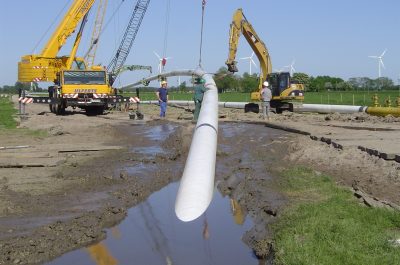 The horizontal directional drilling method (HDD) was developed in the US in 1972 and in its early days revolutionised in particular the crossing of larger rivers with supply lines of all kinds. Until 1979, the use of this technique was limited to relatively short crossing lengths and was only applied in the US. In Europe, the method was first used in the mid-eighties. In the nineties, there was a rapid further development with almost worldwide use. 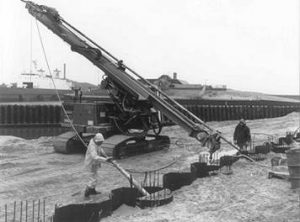 With the large drilling rigs on the market today, crossing lengths of more than 2 km have already been successfully completed. The constantly developing drilling technology already enables the trenchless laying of pipes up to a diameter of 56″ (DN 1400) in almost all ground formations.

The HDD process is used to lay pipelines for oil and gas transport, cable protection pipes for electricity and telecommunications as well as gas, water, sewage and district heating pipes made of plastic, steel and cast iron.

The most commonly used horizontal directional drilling rigs are rigs with a max. pulling force between 10t (100kN) and 30t (300kN). Typical applications of HDD technology include crossing watercourse, road and rail crossings, slope drilling, rock drilling, inner-city and extra-urban longitudinal laying and house connection drilling. In addition there are numerous other areas of application for the HDD process. These include horizontal filter wells, slope drainage, anchor boreholes, dam and dike protection, ridge protection and retrofitting in tunnel construction.

The standard procedure of a horizontal drilling can be divided into three main steps:

Are you planning or awarding HDD projects or are you simply interested in HDD technology, then order our Technical Guidelines entitled “Information and recommendations for planning, construction and documentation of HDD projects”, 4th edition, March 2015.
Further informationen
Step 1: Pilot Drilling

The pilot drilling is carried out along a two or three dimensionally bended target drill line between an entry point (in front of the drilling rig) and an exit point on the other side of the obstacle.

The soil is loosened by a drill head located at the front end of the drill string. Depending on the soil type, either a jet-bit for primarily hydraulic loosening work or a rock-bit with mud-motor for combined hydraulic-mechanical or completely mechanical loosening work is used.

The control of the pilot bore along the pre-calculated target axis is done either by an asymmetric design of the drill head or by using a slightly angled drill rod element behind the drill head. In the case of a feed without rotation, the momentary direction of the contra-angle or the control surface (chamfer) determines the further course of the borehole; in the case of simultaneous rotation of the drill string, the design asymmetries are neutralised and the direction of drilling is straight. In order to be able to follow a given TARGET axis with the drilling tool, it is necessary to know the exact position of the drill head in the ground at all times. Different measuring systems are used for this purpose.

The second step in the realisation of a horizontal drilling consists in upsizing the borehole up to the diameter required for pulling in the pipe.

This means that a complete drill string is in the borehole at all times, regardless of the position of the reamer. The first reaming or widening step is completed when the reamer enters the drilling rig.

Areas of application of the HDD process