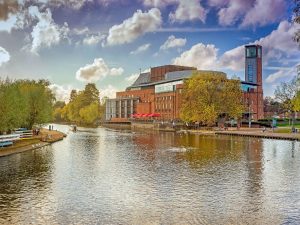 The small charming town of Stratford-upon-Avon is about half an hour’s drive southeast of Birmingham, on the edge of the Cotsworlds. This region in the heart of England is characterized by the picturesque “old” England. Traditional Tudor-style houses and pretty landscapes await visitors. The place became world famous through the poet and playwright William Shakespeare, who was born here in 1616 and also died in this place. Every year millions of visitors come to the small town to see the environment where Shakespeare lived. The Crown Plaza Hotel is located on the banks of the Avon River, surrounded by landscaped gardens.

Look forward to the congress program, which will be finalized in the course of June and then sent out to members in mid-July along with registration forms. Registration can then be made directly via the DCA homepage.